2. Substitution Box: Teams may interchange players at any time. Players coming on to the field may not do so until the player being replaced has come off. Substitutions must occur at or within the team’s substitution box.

4. Passing: A player may pass, knock, throw or otherwise deliver the ball to any onside player in the attacking team. Passing forward is NOT permitted.

5. The Tap: The tap is taken by placing the ball on the ground on the mark, releasing the ball from both hands, tapping the ball with the foot a distance of not more than one metre and retrieving the ball cleanly. Any player from the attacking team may take the tap.

6. The Penalty: When a player/team is penalised the non offending team shall restart play with a tap. The tap is taken at the mark and the defending team must retire ten metres from the mark until the ball has been tapped. Play restarts with a tap when the following infringements occur; • Forward Pass • Touch and Pass • Roll ball performed off the mark • Performing a roll ball prior to a touch being made • Defenders offside at the roll ball (5 metres) • Defenders offside at the tap (10 metres) • Deliberately delaying play • More than six players on the field • Incorrect substitution • Falsely claiming a touch • Using more than the minimum force to make a touch • Misconduct

7. Roll ball: A means of restarting play. Players must perform the roll ball off the mark while facing their opponent’s defending score line and rolling the ball backwards between their legs a distance of not more than one metre. Players must not delay performing the roll ball. Encourage children not to roll it as league players do – it is too difficult for the dummy half to pick up. They must not touch it when they step over it.

8. The Touch: Players from both teams are permitted to affect the touch. A touch is contact with any part of the body, ball, clothing or hair. A minimum of force is to be used at all times. The team in possession is entitled to 6 touches.

9. Touch and Pass: A player is not to pass the ball after a touch has been made.

10.The Dummy Half: The dummy half is the person who picks up the ball after a team-mate has performed a roll ball.

11.Offside/Onside: After a touch has been made all defending players must retire 5 metres from the mark. Defenders cannot move forward until the dummy half has touched the ball.

12.Sideline: If a player with the ball touches or crosses the sideline s/he is deemed to be out of play and a change of possession occurs. Play restarts with a roll ball 5 metres in from where the player went out. If a touch is made before the player goes out, the touch counts. 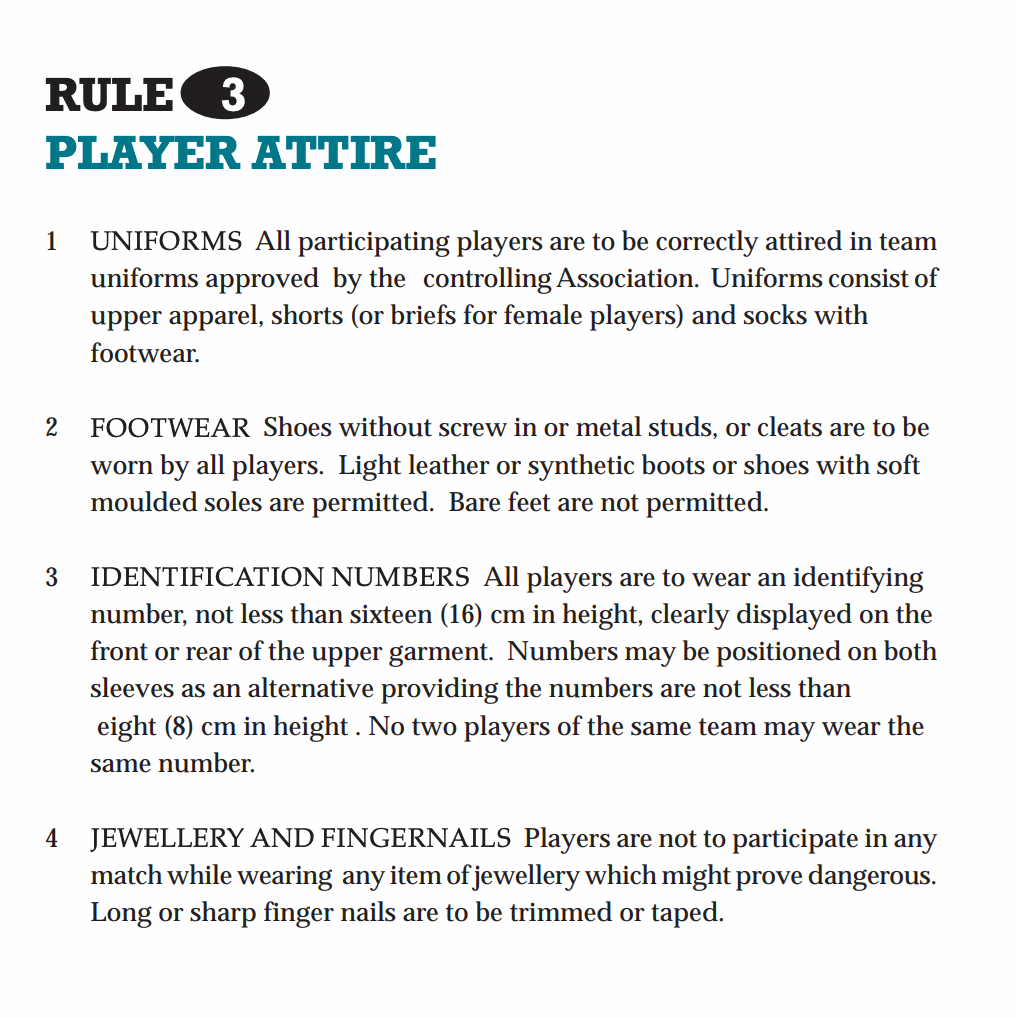